Mt. Meru (4565m) is a young volcanic mountain which dominates the town of Arusha in northern Tanzania. Its slopes are steep - the upper ones covered in ash - and it last erupted in 1877. The lower slopes are heavily forested. The summit is the highest point of an elegant steep-sided crater rim, comparable to that of Longonot but breached at its lowest point on the east side. The final sections of the ascent provide airy walking with dramatic views - west down steep, forested slopes to the plains below and east down a 1000m precipice dropping to the crater floor where a smaller volcanic cone lies at the base of a cirque of cliffs - the Ash Cone. Extensive forests cover the gentler east slopes; this area falls within the Arusha National Park which can be divided into the Momela and Ngurdoto sections. Together they are endowed with 48km of fine game-viewing roads set in magnificent scenery. The first recorded ascent of Mt Meru was made by Franz Jaeger in 1904. Renamed "Socialist Peak" by the Tanzanians, it is unfortunate that this beautiful mountain has "Big Brother" so close by. Those with time and money to spare are however strongly advised to pay a visit at least to see the magnificent lakes and game-filled forests. An ascent would provide excellent opportunities for acclimatisation before a visit to Kilimanjaro. 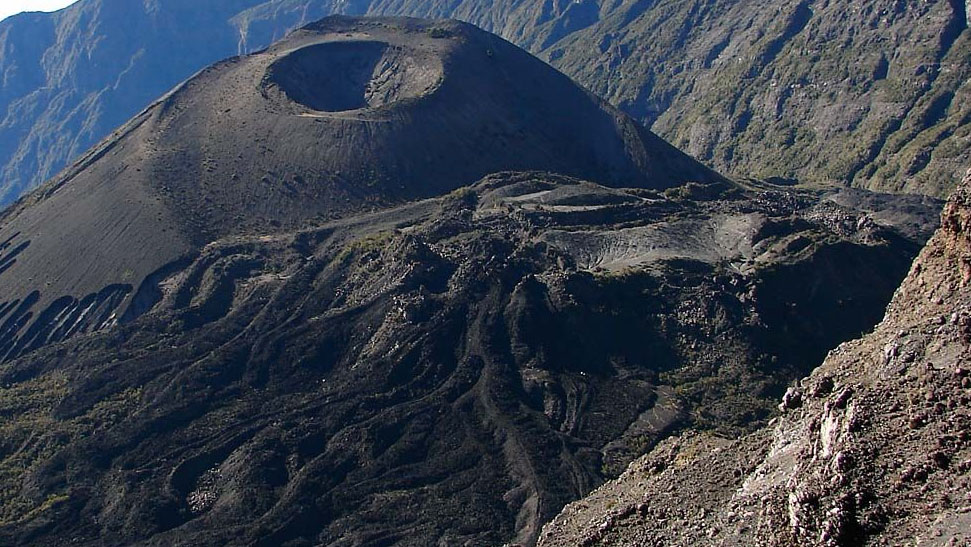 Since the entire mountain: lies in the Arusha National Park, entry is subject to the normal park, rescue and hut fees which for a 3-day trip would add up to about $250 (2003). The park provides a ranger; it is not normal to use porters but these are available if requested at the park gate. It is usual to use both huts on the ascent, though it is possible to descend quickly on the third day. The huts are near water and provide mattresses.

The weather on Mt Meru is drier than that on Mt Kenya and subject to a similar rainfall pattern as encountered on Kilimanjaro. The higher tracks on the mountain could be tackled by high clearance cars in dry conditions; in the wet 4WD is essential. Either way rangers may recommend leaving a vehicle beside the Ranger's house at the park gate. This does add several hours walk, but the terrain is beautiful and game plentiful. Near the park gate the once luxurious Momela Game Lodge is rather run down. Camping is also possible. Petrol and garage facilities are available in Arusha 30km away.

Day 01: Depart Moshi in the Morning with a 4wD vehicle and drive to Momella gate for registering formalities. Walk from the Park Headquarters at Momella Gate to Miriakamba Hut. This takes about three hours. Dinner and overnight at the Hut.

Day 02: After breakfast, walk to the saddle Hut - about 3 hours from Miriakamba Hut. You spend the afternoon climbing little Meru (3820meter), which takes about 1½ hour.

Day 03: After breakfast climb up the rim of the mountain and around the summit (4572meter) before returning to the Momella park Headquarters. From there drive back to Moshi.

You can hire some of the equipment available at a reasonable cost. 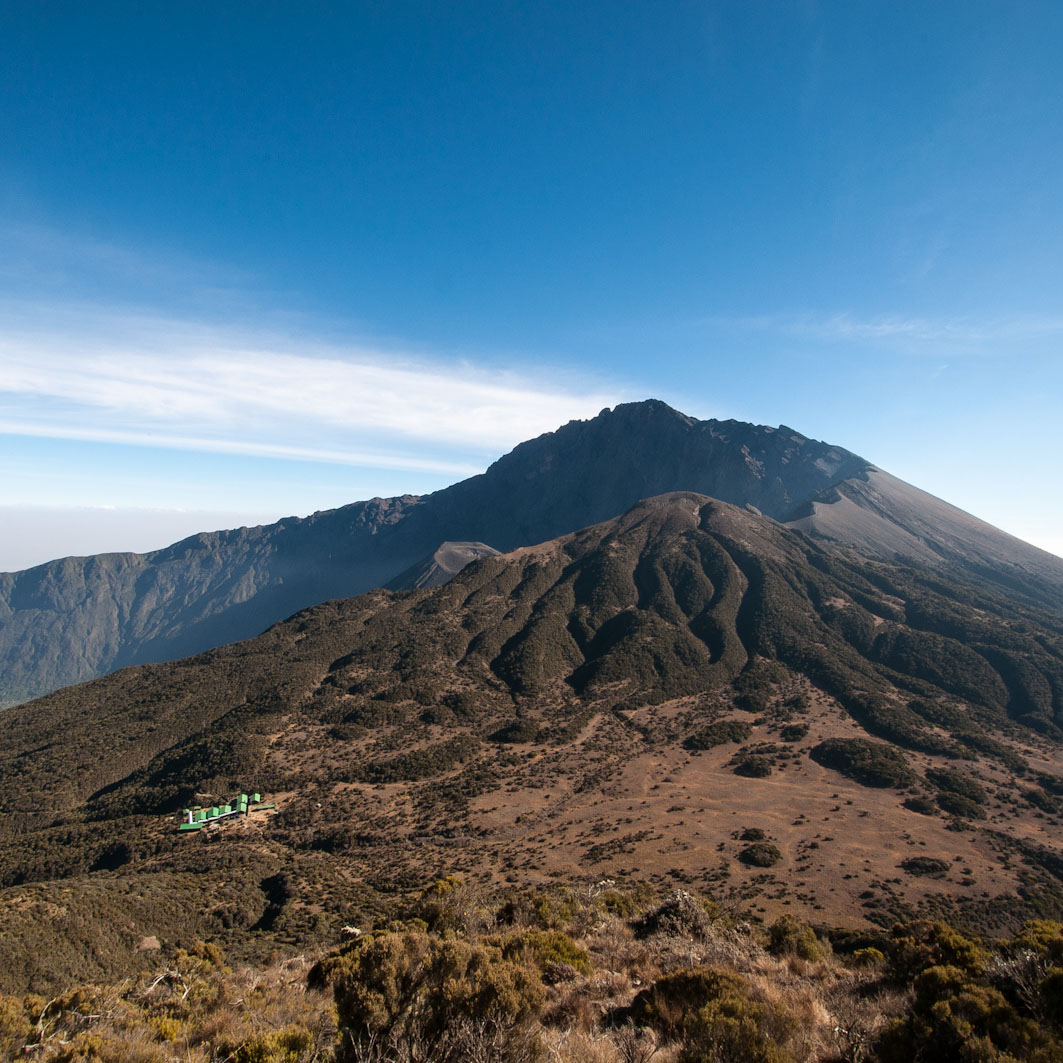 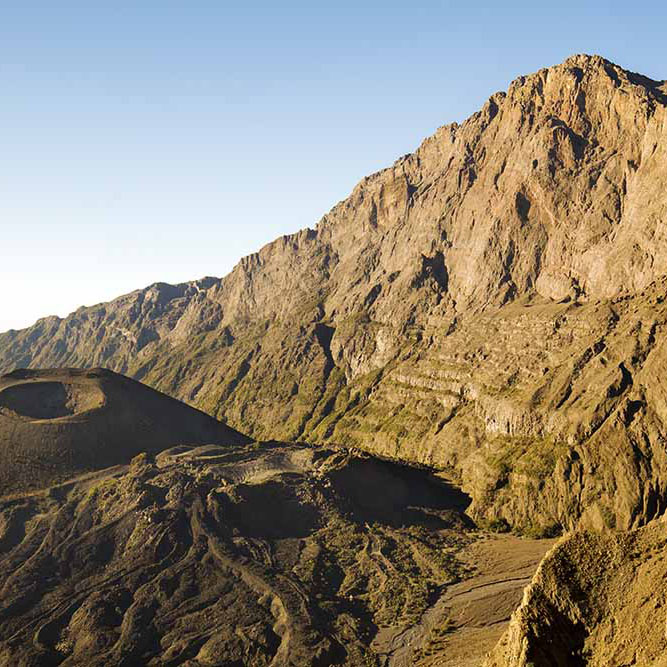